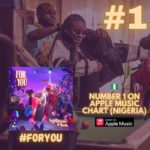 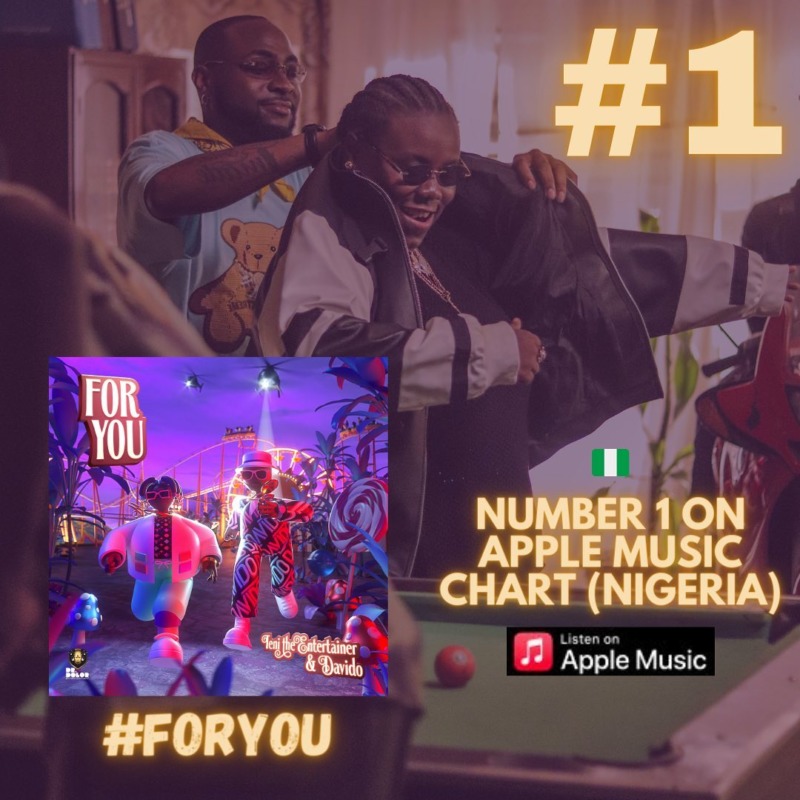 Before we journey with the Month of March, we need to serve you our dearest fan/viewers the Hottest Nigerian Songs that rocked the Month Of February….

Below we have Top 20 Nigerian Songs that buzzed heavily In February, these records took control of listeners playlist and mind, And also music charts.

For those of you who have anticipated this moment in earnest, we’re finally here presenting you with our top 10 music picks for the month of January. The songs nominated in the list below in the one month have experienced huge reception from music listeners and entertainment personnel nationwide, they have been put on rotations on radio stations across the country and become current favourites of DJs at parties and other social events.

Teni Makanaki has never failed to deliver amazing and addictive songs. This time, Teni teamed up with OBO, Davido to drop this dope tune, For You. For You is a song that tells the sad, yet comical love story of a couple. Taken off her yet to be released Wondaland Album, For You is the first track on the album which come with a lovely music video (You Can Watch The Visuals HERE).

With Teni’s powerful vocals, and Davido giving the song the OBO touch, For You has been gaining millions of streams since its release this month. Enjoy!

It is safe to say that Ajebo Hustlers music Duo; knowledge and Piego are the next rated artiste, Omah lay literally killed the song, Pronto. Omah lay with his sultry, smooth voice almost deviated attention from Knowledge who delivered fire rap lines and Piego who flowed smoothly in Pidgin and PH slangs. Pronto is filled with sexual innuendos, but it didn’t stop from having over five thousand streams since it’s release this month. With its catchy beats and sexy lyrics, it would be a shame for Pronto not to be our list.

If Tik tok were to have a soundtrack, it would definitely be Highway. DJ Kaywise just dropped the race-themed Visual highway.

In 2020, Dj Kaywise teamed up with Phyno Fino to drop an unforgettable tune. With Phyno’s fire lines and vocals, it didn’t take long for highway to receive massive recognition and steadily still trending. With millions of streams over all music platforms, Highway became very popular for Tik tok dance challenges.

Are you looking for the perfect song to answer all those oversabis..? Look no further, Rush is here for you. Fine boy Bella finally reacts to the negative things said behind his back in his new single, Rush.This street track is a mid tempo song, surprisingly cool and yet still full of vibes. It started trending after Bella shmurda posted a Snippet of it on his IG. Produced by Larry Lanes and Pbeats.

The Love Nwantitii Crooner came back with another smashing song, “Felony”. Felony is a love song where Ckay experiences his eagerness to do anything for his lover even going as far as committing a felony. Produced by Auxxie, Felony is the first track off his newly released Ep, “Boyfriend”. With Ckay’s signature hums and adlibs, Felony turned out to be very addictive.If you enjoyed listening to Love Nwantiti, Felony is definitely recommended for you.

“Focus is a song about unrequited love and a romantic interest not being straightforward about their intentions with you,” JOEBOY says, noting that the lyrics were based on situations experienced by one of his producers during the making of his debut album Somewhere Between Beauty & Magic. (Download & Stream Album Here).

This’ still the No. 1 street song and anthem in Nigeria and out the country… The record’s street slangs and lamba is one you would always vibe to whenever it comes on. Naira Marley blessed the street with this record late 2020 and from the day of it’s release till present we all still loving this big tune… Listen and Enjoy!!!

Zinoleesky returned with yet another hit single KILOFESHE produced by Niphkeys, mixed and mastered by TimmyJay. Inspired by his flair for good music, this new record talks about not been move by Ordinary things. This song is a perfect blend of Afrobeat and the Amapiano sound. Enjoy!

A Davido and Mayorkun is not new to music lovers as their last collab together, “Betty Butter” rocked the music scene for months. This new track which is off Davido’s “A Better Time” album is a favorite from the album and fans can’t seem to get enough of their synergy. Listen and Enjoy this tune from the baddest and the Mayor of Lagos. “This bread no be agege!!”

We always trust omah lay to give us smashing hit songs. Omah Lay’s Godly is our number 6 hottest song of the week. Taken off his What have we done Ep, Godly is a mid tempo song with Omah lay’s signature vibes. In Godly, Omah lay talks about his life experiences and gives gratitude to God for always seeing him through. He killed the song with his creamy vocals and moves. Godly happens to be the best track off his EP and has been trending since it’s release. With over 12 million views on youtube, Godly is a popular tune for tikt ok dance challenges. If you vibed to Omah’s lay lolo, you or Tonight, Godly is the right tune for you.

New Queen of Mavin, Ayra Starr, blessed her humble subjects with her hit song Away. Released off her debut EP, Ayra Starr, Away is one of the hottest songs at the moment. With Ayra’s powerful vocals, Away is a mid tempo and rhythmic breakup song. A song encouraging people to stand up for themselves and walk away from negativity and toxicity. Away was produced by Louddaaa, mixed and Mastered by Ikon. Listen and enjoy.

“Thunder Fire You” is taken from the New forthcoming album, “The Prince I Became” by Ric Hassani. On this new song, Ric Hassani is tired of Fake love, A love full of lies and deceit. His love energy dropped and now Ric is ready to let go of his cheating partner. As He moves on, he blast his lady lover and her friends with thunder. The Nigerian Broadcasting Commission also got hit by this thunder track that they announced the band of the record on all radio and TV stations… lol

“Running To You” – Chike x Simi

Kicking off from where he left off last year, Chiké drops a refix for one of “Boo of the Booless” fan-favourite.  Teaming up with the vocal prowess of diva, Simi, Chike serves up a fresh and delightful serving of musical goodness on “Running (To You)”. This is the second refix off the album after Chike hit a goldmine with the Mayorkun assisted ”If You No Love”…. Enjoy!

This record by Davido is off his A Better Time album, The song which got it music video in December, 2o2o is one of people’s favourite. The lyrics; My baby jo, jowo, Jowo oo/ One time, three (tiri) gbosa for the two person wey born you, can’t leave the lips of most music lovers till date.

Off Wiz’s newly released fourth studio album ‘Made In Lagos‘ is “Essence” the 11th track featuring. Wizkid and Tems murdered this record with their magic vocals and lovely singing talents… Listen!

Minimalism goes a long way on “Infinity,” which demonstrates that a sing-song melody and a persistent beat are more than enough for a gently propulsive hit. P.Priime, the producer behind “Infinity,” managed to create a song with hardly any other instruments aside from voice and percussion. A keyboard stabs occasionally in the background, but Olamide and Lay do the heavy lifting, repeating the song’s title in pretty, cascading permutations. This one Hot Nigerian Song listeners can’t ignore or skipped when been played.

Released as the second track off his “Made In Lagos” album, Wizkid and Burna Boy join forces to deliver this powerful track about giving their lady the “ginger”. This is one banger you wouldn’t want to skip or not out on your playlist.” If you want make I ginger give me the kokoro, Ma ko je bi Jollof, Anywhere i go, je ki won mo pe mo ma gbo’mo lo, No dey do like bolo”

Last on the list of Hottest Nigerian songs for the month of February is this banging spiritual tune, Hallelu which features Bella Shmurda and Zlatan. This record a prefect blend of Amapiano and Afrobeat produced by Award winning producer, Masterkraft…. Listen and Enjoy!

Top Naija Songs In The Month Of February