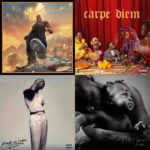 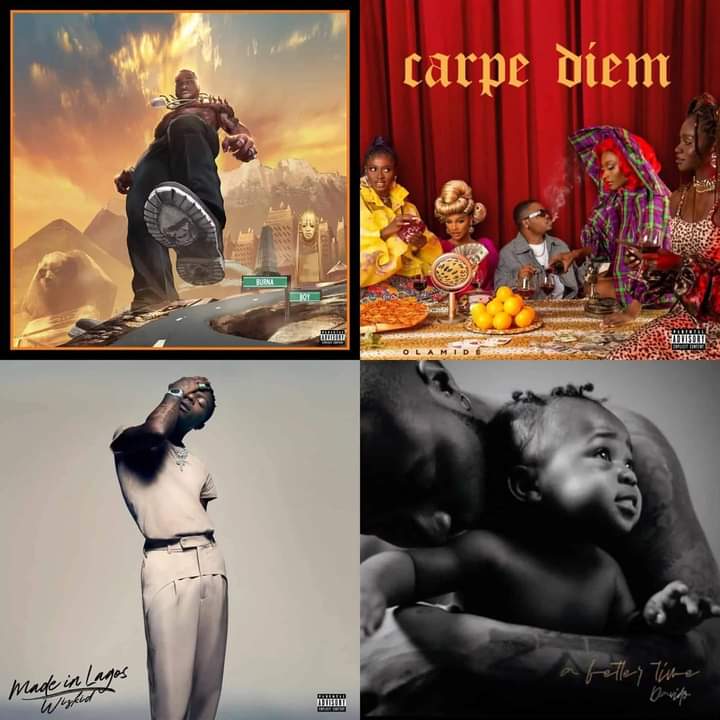 It’s another lovely week in the month of March, 2021 and for this week we at Tooxclusive have a list of Albums In Nigeria To Keep your week busy and leave it smooth. We switched things up this week moving from song to Listen to this week, to Albums.

This article houses 6 Raving Albums In Nigeria which y’all need to listen and Enjoy the week. 3 (Three) Nigerian Albums released in 2020 and 3 (Three) New ones released this 2021. Peep below to get the hot streaming albums… Enjoy!!!

6 Albums In Nigeria You Should Listen To Now, This Week!

Ric Hassani – “The Prince I Became”

Released February 26, 2021, “The Prince I Became” is the second studio album by Nigerian singer and songwriter Ric Hassani. The album is an embodiment of multiple genres fused into songs that celebrate Love, Success, Hope, Victory, Joy, Peace, and Royalty. He collaborated with numerous, songwriters, musicians, and producers.

This album marks an exciting new chapter for the multi-talented singer and songwriter, whose music is enjoyed by fans across the world. Listen below

JOEBOY has gone from recording cover songs in his college dorm to becoming one of African music’s brightest new stars, topping streaming charts and touring the continent with an improbable run of smashes. With lyrics that capture the innocence of young love and the sting of youthful heartbreak, the Baby crooner has carved his own lane within the increasingly crowded field of Nigerian pop stars.

“Somewhere Between Beauty & Magic” is Joeboy’s Debut album and the singer continues his ascent with this project which is a celebration of love in its myriad forms. Listen!!

Teni dropped her debut album WONDALAND just last week, March 19th, 2021. Wondaland is a 17 tracked album. The beats of the songs were specially crafted out by some of the best producers in the industry. It’s not a Teni Production if Pheelz the Producer is nowhere to be found on the project. Other producers on the album includes; P.Priime, Ozedikus, Damayo, Tempoe, and Krizbeatz .

This album featured only one artiste which is none other than Nigeria’s Baddest artiste, Davido. It houses the Hit lead single ‘For You’ featuring Davido, One of the hottest trending song across all music platforms. Listen and Enjoy the body of work below

On 2019’s African Giant, Burna Boy called for a fearless revolution across the continent and the worldwide diaspora. The album earned the Nigerian artist his first Grammy nomination and centered his ambitions: to empower African youth to access their power, on their own terms. Twice As Tall—his fifth studio album—sees Burna Boy reassess the world around him from a new atmosphere just 13 months on. Sean “Diddy” Combs joined as executive producer, and the album carries a unifying sense of pan-African idealism.  The attention of Combs—and a crew of producers from the UK (Jae5 and P2J), the US (Timbaland, Mike Dean), and Nigeria (LeriQ, Telz, and Rexxie)—has pushed, challenged, and evolved his bespoke Afrofusion sound. That soul-stirring blend of dancehall, pop, R&B, and Afrobeat has never sounded more confident, and Burna himself has rarely sounded so impassioned.

Opener “Level Up” welcomes Youssou N’Dour and serves another rebuff to Western appraisals of Black art. Riffing in Yoruba across twinkling percussion, “Wonderful” is a prayer of passion and an open celebration of West African expression, while “No Fit Vex” sends an embrace of solidarity in the shape of a pidgin-laced anthem. The album’s star guests have been thoughtfully recruited, too: Stormzy sounds fresh and inspired on “Real Life” and Chris Martin is an affecting presence across “Monsters You Made”—a fiery rebuke to the vestiges of colonialism. This is an album comfortable with its uncompromising message, by an artist motivated to represent. As Combs implores his artist on “Alarm Clock”: “Don’t be afraid to step into your greatness.”

The 15 Tracked album recently won Burna Boy his first ever Grammy Award at the 2021 Grammys in the Best Global Music Album category. It’s one album that would never been forgotten In Nigeria. Listen and Enjoy below

Wizkid – ‘Made In Lagos’

The album isn’t just restricted to Lagos/Nigeria alone, it has a global vision, uniting Kingston (Blessed, featuring Damian Marley), California (Smile with HER), London (Skepta, Ella Mai) and home – Essence, featuring Nigerian R&B singer Tems, is a Lauryn Hill-ish stunner, and fellow African giant Burna Boy duets on Ginger. Wizkid’s sound here is slinkier and more sophisticated than before, with more sexy sax than a Kenny G single all thanks to some pristine production, largely from Nigerian Londoner P2J (and from promising Ghanaian beatsmith Juls on Tru Love). These are superbly crafted songs for under the sheets… Listen and Enjoy the week

On ‘Apollo‘, Fireboy DML folds a diverse sonic palette into a contemporary Afropop iteration. Afrobeats fuse with the laid-back R&B of “New York City Girl” and the sensual melodies of “Tattoo”, and his silky voice conjures poignant emotions. Lyrical musings on fame, doubt and love—woven between melodic percussion from producers like Type-A—add enticing layers to the singer-songwriter’s music.

This album helped Fireboy with his Big Win at the 2021 Headies. One of the best sophomore album in Nigeria. Listen and Enjoy!!!

The post 6 Albums In Nigeria You Should Listen To Now (This Wk.4 March, 2021) appeared first on tooXclusive.