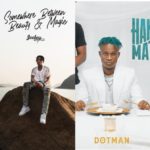 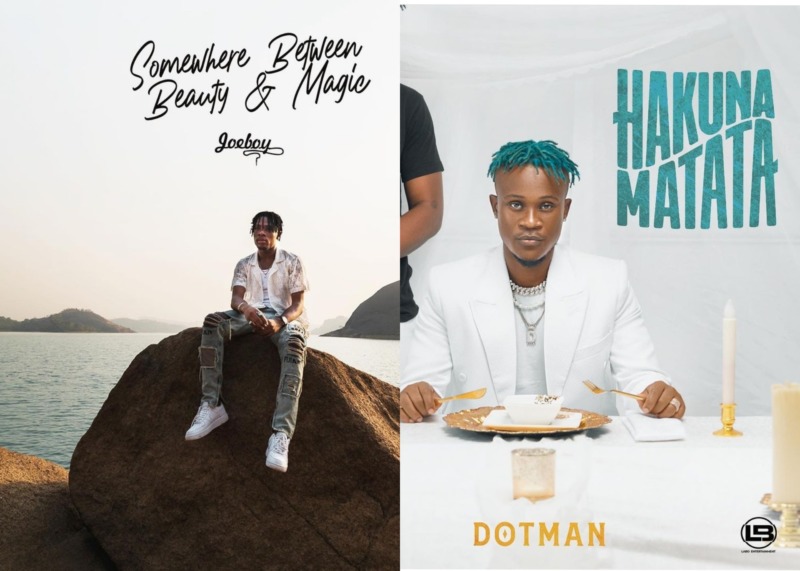 January has gone, February is Here! And your favourite artistes would be dishing out new singles and projects to kick start 2021 officially

Below are some of the top projects and singles that would be dropping this month of February, Get familiar and Anticipate!

Joseph Akinfenwa is an award winning Nigerian afropop-artiste, popularly known by his stage name, Joeboy. The emPawa Africa signee, with hit songs from his love and light album in 2019 “Baby” and “Beginning” which is not only considered as a hit , but a must play at every Nigerian wedding. These songs did not only prepare him for stardom, but also gained him lots of fans.

Joeboy is known for his unique love tunes and also for his Love of visualizers. According to the singer, it helps in passing his message across. Apparently Joeboy isn’t the only one with a thing for Visualizers, his fans equally love it as many of them kept reposting the visualizer of “baby”.

The young afropop artiste since then has been working on other projects. He recently announced his new debut album “Somewhere Between Beauty & Magic” which he would be dropping on February 4th, 2021.

On the 1st of February, via instagram, Joeboy dropped the tracklist of his debut album, “Somewhere Between Beauty & Magic”. The songs on the album include: Count Me Out, Focus, Number One, Police, Door, Show Me, Runaway, Lonely, Consent, Oshe, Oh, Sugar Mama, Better Thing, Celebration. This album is produced by Beatsbyko, MOG, BIGFISH, MEX FLAIRZ, KELLY, DERA, SEMZI, TYPE A, TEMPOE and KILLERTUNES. Fans are waiting for his beautiful and magical album as he assures them, “It’s beautiful and certainly amazing”. Let’s see if it’s worth the wait.

Nigeria’s Mr Romantic, Olubankole Wellington, Popularly known as Banky W and Bubba by close friends and family will be making a music return this month with a new single. The song writer made this announcement via his social media account, where he said he is going to drop a new song and new video titled “Final Say”, this February. The forthcoming song “Final say” is produced by Cobhams Asuquo who is also a songwriter and singer. Mr W is well known for his romantic songs and lyrics such as “Made For You” which he wrote for his Wife and “All I Want Is You” featuring Chidinma. Fans are equally expecting this song to be a love song due to its release falling in the month of love, February and some are hoping it will be released before valentine’s day.

In 2019, the R& B singer had to put a halt on showbiz to focus more on politics, making fans more anxious for the release of this new single.
The singer also revealed that he has a new album “The Bank Statement” in the oven and he is working with Cobhmas Asuquo on it. He made this announcement via his twitter and Instagram account and we can’t wait for it as he promises it to be one of their best work ever.

Following the success of his first album “ My coat of Many colours” and hit song “illegal “ in 2015, Afropop Artiste, Pepenazi, has returned with his sophomore album titled “Zerubbabel”.

Pepenazi is known for his unique style of singing and use of biblical terms and references in his songs. According to the song writer, he named his album Zerubbabel based on the story of Zerubbabel in the bible and also based on his personal experiences. He said the Keyword given to him by God, “ it’s not by Power, it’s not by might’, by the spirit says the Lord” Kept ringing in his mind as he walked on the album.

The album is produced by Opeyemi Kayode and Jamine Kayode. The official release date for the album is the 3rd of February. The song writer revealed his album tracklist of 12 songs on 27th of January,2021. The album features artistes like; Praiz, Eclipse, Lano boy, Super Wozzy, Trod, Andremaos, Magnito and QDot. This Album promises to be Inspiring and motivating, don’t miss out.

Nigerian singer-rapper, Olatunji Oladotun Alade, popularly known as Dotman has revealed the release date for his new album, Titled “Hakuna Matata”.. The Yoruba born singer who is known for his hit song, Akube in 2016, announced via his social media account that his new album will be out on the 5th of February, 2021. Dotman who has long been working on songs for the album refreshed our ears/playlist with Tonight on the 29th of January and the song has since been trending on the internet . The single “Tonight” is also a part of his album collection.

This will be Dotman’s first album after leaving his previous Management to join Labo Entertainment in 2020. Dotman revealed the album’s tracklist of 17 tracks via instagram which include: Pele, Chop Life, Mind, Awe, Hakuna Matata, Number One, Enter My Soul, Enu Gbe, Let It Go, Feelings, Tonight, Giveaway, Shuga, Mama, Duro, Frenemies and Blessed.

Hakuna Matata Album is produced by Olabisi Akanbi, Cobby Dollar, Cortes Beats, Lush, Ckay Yo, ID Cabasa, PAQ, Kentee, Maraqaii, Fresh VDM and Boys2shirtz. If you enjoyed listening to Akube, this album is definitely for you because Dotman is back with fresh and lively tunes.

The post Check Out The List Of Major Projects That Would Drop This February, Anticipate! appeared first on tooXclusive.