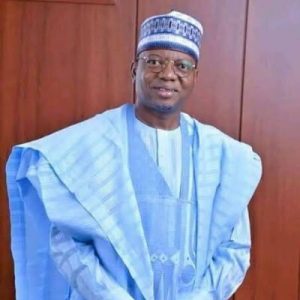 The legislator representing Niger East Senatorial District in the upper chamber of the National Assembly, Senator Sani Musa has submitted that perpetrators of the abduction which took place on Wednesday at Government Science College, Kagara are terrorists, not bandits.

The lawmaker made the submission during an interview on Channels Television’s Politics Today on Wednesday.

Musa took the audience down memory lane to recall that similar incidents happened in Chibok, Dapchi, Kankara, and now Kagara.

He said nobody knows where would be the next point of call by the kidnappers, and therefore urged the government to beef up security in the country and ensure the protection of lives and properties of Nigerians.

“There is no presence of anybody but the bandits. I don’t call them bandits, I call them terrorists,” the lawmaker said.

Naija News reports that the Niger State Governor, Abubakar Sani Bello has officially briefed President Muhammadu Buhari on the Kagara school abduction that occurred in the early hours of Wednesday.

The Governor met with the President at the Aso Rock Villa in Abuja on Wednesday evening as confirmed by a presidential aide, Bashir Ahmad.

He wrote on Wednesday evening: “Governor Abubakar Sani Bello of Niger State tonight, briefed President Muhammadu Buhari on the recent unfortunate incident, the abduction of staff and students of the Gov’t Science College Kagara, and the measures already put in place by the government to rescue all the captives.”

Meanwhile, the Senate has asked President Buhari to immediately declare a state of emergency on insecurity affecting the country’s peace.

The Red chamber made this known during Wednesday’s plenary reacting to the kidnap of students and teachers of Government Science College, Kagara, Niger State by gunmen on Wednesday morning.