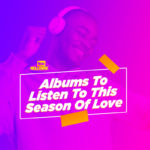 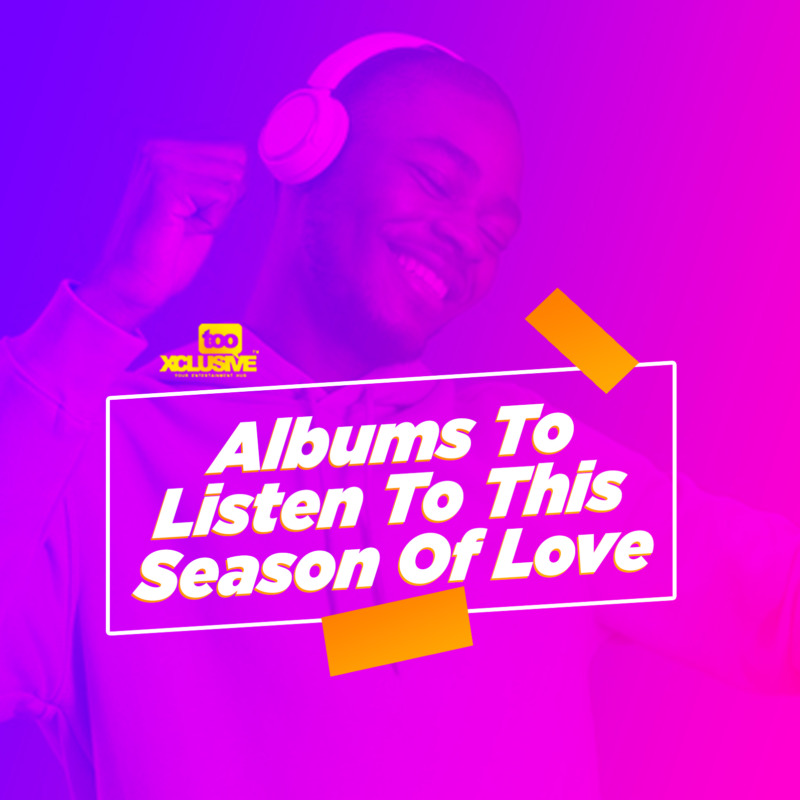 Love Is In The Air, Below is a list of Love Albums / EPs To Digest, Replay & Enjoy This February, Month Of Love.

For those that love the Album Culture, music fans who like Listening to artiste body of work, We have complied a list of Recent Nigerian Albums that goes with the Love Season. Peeps below to get and Enjoy!!!

“Made In Lagos” Album by Wizkid

On October 30th, 2020, Wizkid, after teasing fans for over 2 years, finally released his much-awaited album “Made in Lagos” to collective global acclaim. Made in Lagos which serves as his fifth studio album features a diverse blend of music with enviable range of vocals, and sometimes spectacular rhymes and lyrics meshed by renowned artistes and Wizkid.

“Boo Of The Booless” Album by Chike

Chike’s debut album came like a thief in the night. Released in the month of love, the critically acclaimed album exposed the singer’s deft, beautiful, imaginative, and brilliant songwriting. It circles around a mother’s love, forgiveness, and peace and on infidelity- the ultimate story of love. The 13 track album is filled with beautiful melodies that make it nearly impossible for any listener to skip any song.

Chike’s album got its production from non-famous names such as Deeyaso, Vtekk, Doron Clinton, Adejames Crack, Blaisemix, Bierdman, and Nevmix. This album received millions of streams upon its release and is one of the best projects released this year.

After over 7 years of dropping hits in the Nigerian music scene, sensational singer and songwriter, Tekno, on the 11th of December, 2020 released his debut album “Old Romance.” His body of work is a solo project with no feature and also doesn’t house any of his previous hits. It consists of 14 tracks with the lead single “Enjoy” and 13 new tracks.

With no features and mostly produced by Pheelz and Cracker Mallo, Laughter, Tears & Goosebumps is a focused introduction to Fireboy DML’s R&B-inspired “Afro-Life” sound. The Nigerian singer-songwriter uses catchy melodies, layered vocals and honeyed beats to showcase emotive songs about love, family and friends. Breakout single “Jealous” became an international hit in 2019, while “Vibration” became one of the most streamed songs in Nigeria in 2020. Both solidified Laughter, Tears & Goosebumps as a momentous debut from an artist who has a lot to offer.

Gifted songwriter and talented vocalist, Brymo blessed fans with his incomparable music gift by releasing a brand new album “Yellow“. The body of work is a solo project without features that houses 15 tracks delivered in different realms. The Yellow album examines life, love, society, and scenarios in three different parts.

Music lovers worldwide dropped positive reviews about this impressive body of work “Yellow” which displayed Brymo’s genius and brilliance at writing and delivery. The album which has no features has outstanding tracks like “Ozymandias,” “Heartbreak Songs Are Better In English,” “Adedotun,” and “A feèdu Fan Nà”

Oxlade launched the melodic, Spax-produced ‘Away’ alongside the release of his dazzling debut EP ‘Oxygene’. The EP sees a selection of six vibrant tracks that offer a formal introduction to the talents of the exciting Lagos-based musician Oxlade, ahead of his inevitable and imminent ascension to stratospheric heights.

The EP had production from amazing top-class Nigerian producers including Spax, Dera, Lussh, Echo and London-based Nosa Apollo and featuring a must-hear collaboration with the British-Nigerian singer Moelogo on ‘Tables Turn’. This body of work is still receiving massive streams and is still buzzing on all digital stores

This body of work is Peruzzi’s debut album released late 2018 (December). It consists of 11 tracks and houses the Hit song – MAJESTY. The album is about Love and Heartbreak… Enjoy below

Released on the 25th of June, 2020, sensational singer, Kizz Daniel took his rightful place as Africa’s King of Love songs. With 17 songs, no features, and love as the theme of his most talked about body of work, Kizz Daniel kept his prolific track record of not releasing any bad song since his debut into the Nigerian music scene.

The album was passionately written & performed by Kizz Daniel, is executively produced by Mofoluwato Anidugbe, and is loaded with production credits from the most brilliant and creative producers from around the continent including Philkeyz, Majorbangz Runtinz, ATG, and Krizbeatz. It has super dope tracks like “Ada,” “Boys Are Bad,” “Pak n Go,” and “Aii” and all tracks has it own message of Love.

Joeboy continues his ascent with his debut album, “Somewhere Between Beauty & Magic”, a celebration of love in its myriad forms. “Working on this project was life changing — I met a version of myself I never knew before,” JOEBOY says of the project, recorded over the last year with a team of producers including such notables as Dëra, BeatsbyKO, Killertunes and E Kelly. “The plan was to come up with a title that best describes love, without actually using the word love, hence Somewhere Between Beauty & Magic. Because love is a perfect blend of beauty and magic.”

This album is a 14 track project solely delivered by Young Legend, Joeboy, No guest artiste on it. Enjoy!!

“For Broken Ears” EP by Tems

Tems dropped her debut EP titled “For Broken Ears“ which is a 7 tracks project with no feature that houses the lead single “Damages.”  The singer meditates on love, life and relationships, and weaves subtle melodies with airy R&B production in a cool yet refined manner. Releasing emotions in her arresting vocals.

Peruzzi dropped this 3 track EP April 8, 2020 and it’s all about Love and Romance.Enjoy!!!

The post Recent Nigerian Albums/EPs You Can Listen To This Season Of Love appeared first on tooXclusive.