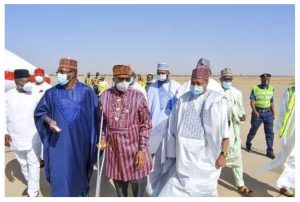 Nigeria’s Minister of Transportation, Rotimi Amaechi is currently injured and only able to walk with the aid of crutches.

His recent pictures, in which he was seen walking with crutches were taken during the commissioning of an orphanage home and Arabic School in Kaita Local Government Area of Katsina State.

Naija News understands the Minister has a hairline fracture though the circumstances that resulted in the broken leg are not clear at the moment.

Medically, hairline fractures are often caused by overuse or repetitive actions when microscopic damage is done to the bone over time. Not allowing yourself enough time to heal between activities is often a factor in the probability of getting this injury.

However, a close associate of Amaechi and chieftain of the All Progressives Congress (APC), Eze Chukwuemeka Eze who confirmed the development, said it is not a case anyone should be worried about.

He claimed the Minister told him the injury was sustained on 31st December, 2020, adding that Amaechi’s doctors have assured there is nothing serious and the matter is receiving due attention.

“I had a hairline fracture on 31st December, 2020 but I have been working with it all these weeks before the public pictures showing me with crutches. Nobody should express any fear as my doctors are on top of it, ”Eze said. 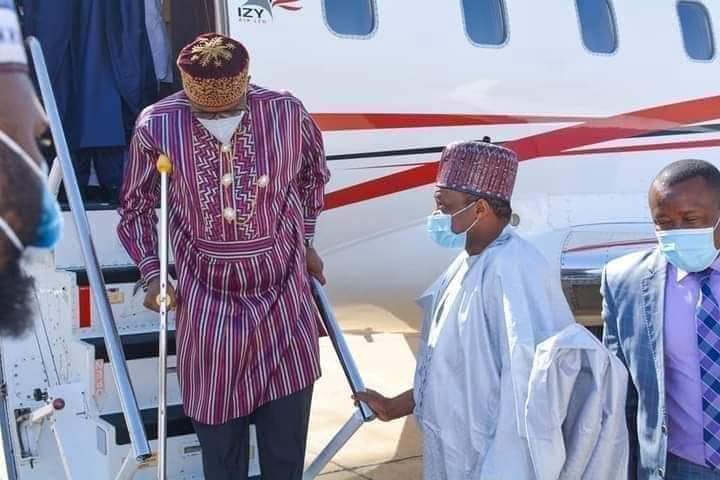 He also cautioned those gloating over the Minister’s picture, but urged Nigerians to pray for Amaechi’s total recovery.

Meanwhile, it will be recalled the federal government of Nigeria has signed a $1.959 billion dollars Memorandum of Understanding (MoU) with Mota-Engil Group for the construction of Kano-Maradi Standard Gauge Railway lines.

According to a statement from the Ministry of Transportation, the new (Kano–Maradi) railway corridor will run through Kano, Jigawa and Katsina and through Niger Republic territory as far as Maradi.

The 283.75 kilometre railway line will run through and link towns like Danbatta (Kano), Kazaure (Jigawa), and Daura, Mashi, Jibia (Katsina) in Nigeria.

The project is expected to be completed within three years for use in both freight and passenger transport as it would be integrated with road transport. It will also contribute greatly to the local economy as well as Nigeria’s social sector.