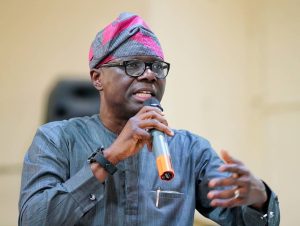 The schedule of academic activities released by the Lagos State government on Sunday reveals that students will use 61 days to run the second term of the 2020/2021 academic session.

This was contained in a revised calendar for the 2020/2021 academic session released by the Office of the Education Quality Assurance (OEQA).

According to the revised guideline, the second term for both private and public schools in the state is scheduled to run from January 18, to April 30, 2021.

The mid-term break has been scheduled for March 4 and 5 while two public holidays – Good Friday on April 2 and Easter Monday on April 5, will be observed by the students.

According to the revised calendar, resumption for the third term has been scheduled for May 4, while the term is expected to end on August 6.

It will be recalled the Lagos State Government had earlier approved the resumption date for all schools below tertiary level as Monday, January 18, 2021 to resume the second term for 2020/2021 academic session.

The State Commissioner for Education, Mrs. Folasade Adefisayo confirmed this in a statement on Friday based on the approval of Governor Babajide Sanwo-Olu.

The statement read in part: “I want to convey the approval of Mr. Governor Babajide Sanwo-Olu that all public and private schools in Lagos State can still resume for 2nd Term 2020 /2021 academic session with effect from Monday 18th January, 2021.

“In view of this, Commissioner for Education, Mrs. Folasade Adefisayo wishes to enjoin all school managers to enforce strict compliance with all subsisting protocols to curb the spread of COVID-19 in the state.

“I wish you all a happy resumption and please stay safe.”

Meanwhile, Naija News previously reported that Ekiti State Governor, Kayode Fayemi, on Sunday, relaxed the 8 pm to 6 am curfew and other restriction imposed on the state.

The Commissioner of Information and Values Orientation in the state, Akin Omole, disclosed this in a statement released in Ado Ekiti, the state capital.

Omole disclosed that the state government has directed public and private schools in the state to re-open for the second term of the 2020/21 session from Monday 18th January 2021.